I’ve been performing at Cavo every Sunday, from 7:30pm until about 1:00am – or even later! I think it’s safe to say that “I love my job”, but I also know how to pace myself for the duration of a long fun evening. Sure, I pull out a few tricks like lowering the original key that a song was written in, or extend a solo here and there, but my heart has a positive context, and with that, audiences have been faithfully entertained for years! I’ve even been included in some google reviews – in a positive context of course! 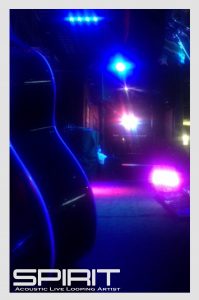 So all that being said, I think it’s time for a holiday. Now, although I booked a few weddings and other shows across North America in the past, and used that as an excuse for a holiday, I’m actually going to head over seas to the U.K. for some R + R – and maybe even take in a little live music….! I’m curious to the way a single live entertainer presents themself on that side of the planet. While performing at Cavo,  I’ve met some pretty cool people from around the world over the past few years, and will be making some particular stops along the way, including Toronto for some family biz.

So, while I’m away, it has been deemed that a fine gentleman who goes by the name of “Jamie” will be performing some awesome acoustic guitar and vocals in my abscence. Two Sundays that he will be subbing into the spot are (9pm) February 24th and March 3rd, 2019. Jamie has a smooth voice, coupled with an excellent knowledge of songs to create a cool evening of light enetertainment if you’re going to stop by Cavo for a beverage and snacks to listen in and prove me right.

Lots of shows in the works, including a December of Thursdays at The Curve Lounge at the River Rock Casino Hotel Resort, New Years Eve at the Hard Rock Casino Vancouver, and a quick turn-around show in the interior for the new year. 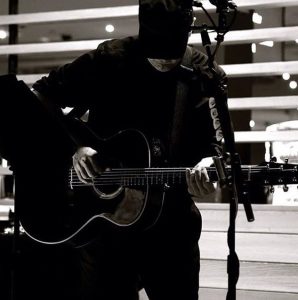 All that being said, I was priveledged to be contacted by a wiki-writer. After a few discussions back and forth, he deduced that I was a notable enough Canadian to sustain a Wikipedia page. So, without further delay, here it is! Enjoy!

What a fantastic year – so far!

Continued thanks goes to the River Rock Casino, with a shout out to the super fun and committed staff! It’s a fun place to perform – Hands down!!! 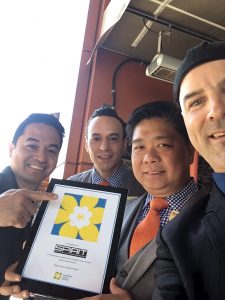 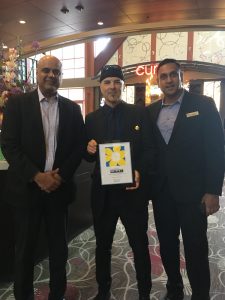 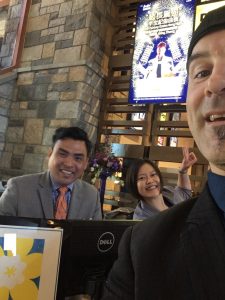 Other shows this summer included a few special events, private weddings, and a fantastic show at the Langley Chief Sepass Theatre, with Canadian Juno Award Winners PRISM! A beautiful 300 seat intimate Theatre with an amazing sound production, and a bunch of cool Dudes! I can’t say evough about the band either; a bunch of great guys playing their hits! I started the show with a few of my own pieces, and added a few surprises along the way (you had to be there!) 🙂 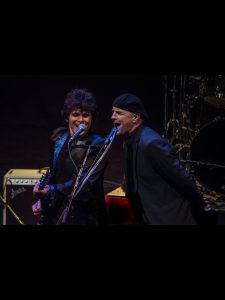 For me, the highlight of the show was getting called out by Al Harlow (Prism lead singer) to sing their last song “Armageddon” with them! What a blast!

On the horizon, there are some Hard Rock Casino shows coming up, another private wedding in October, a quick bolt to Calgary, Alberta, and a big corporate event for the Fraser Valley Real Estate Board. For details of upcoming public events, stay tuned! 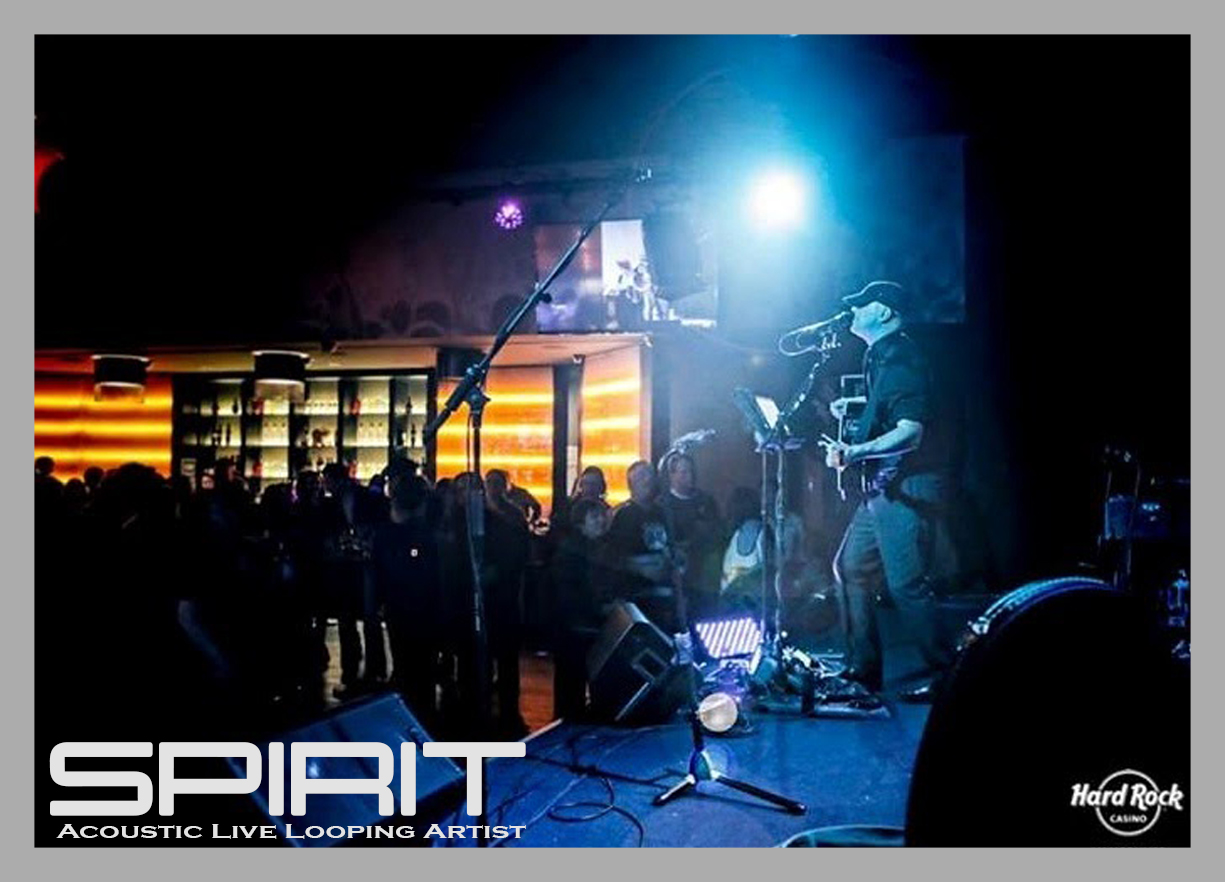 Putting the final touches on Album #2 is taking quite a while, but I’m enjoying the comments and results from the singles already released!

And to all those of you who are asking about the World Record title, apparently my unconfirmed record of 124.5 hours has already been beat again (also unconfirmed). As I mentioned in the past, the focus was using the action and title to push 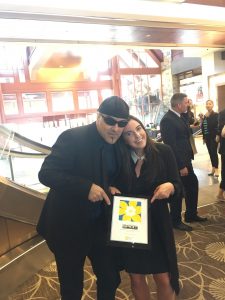 raising a minimum goal of $10,000 for The Canadian Cancer Society. The goal was achieved, with your help!

Moving forward, I’m looking at several new positive endeavors to entertain myself with….I just have to choose one. Lol.

Thank you all. It won’t be too a long wait…

The Aftermath From A Marathon

“Complete” is only a word. “Cure for cancer” is a common phrase. One day they will align, and the funds I raised at the marathon will definitely help or assist someone somewhere at some point. This I know. This I believe.

Huge thanks to my friends at the Canadian Cancer Society for handling donations, media, and webpage-performance. A few people requested their names to be accociataed with thier donations, and they handled everything like rock stars. Donations are still rolling in here and there, with a few accountable obligations outstanding. As long as cancer exixts, there will always be time to donate and support the fight.

Moving onwards, the next album is looking strong with some serious themes, new directions, and original sounds. It will be unlike the first album, which started each some with one instrument and built up throughout each song with layers. The album “Hands” is sure to be a full sounding disc, packed with surprises!

On the horizon, I’ll be teaming up with Canadian Juno Award winners “PRISM” for a show in Langley BC in Spetember. More details to come… 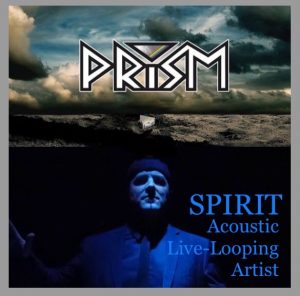 Well, although I completed the challenge, it’s not really ever over is it?

Lots of details to contain, and people to connect with to thank personally. I’ll attempt to connect with every one of you – I just need a little time. Social Media platforms are blowing up! Lol. I’m grateful for your help to raise over $10,000 for the Canadian Cancer Society. This WAS AND IS the focus.

I’m grateful to be able to use my gift as an Acoustic Live Looping Artist, to give back to the community. The River Rock Casino Hotel and Resort, along with the entire Great Canadian Casino Corporation Family was an integral part of the success of this mission.

For full story details and specifics, click on any related related links:

Take care people, and the donation page will remain up, in appreciation of all those donations!

Remember anything over $20 gives you a tax reciept for a write off. I believe in the Canadian Cancer Society, because most of us have been touched by someone with Cancer, and it’s a great feeling to know that I might be easing someone’s pain in one way or another. Period.

The Last Sleep Before Dawn

It’s 3am, Monday May 7th, 2018 and I’ve just completed a show at Cavo Bar Vancouver, taken down my gear, headed over to the River Rock and set up the gear on stage, ready to go!!!

I begin the marathon at 10am Monday May 7th, keeping a few things in mind, which I’ve probably mentioned before:

There are many people who aren’t as fortunate as me. 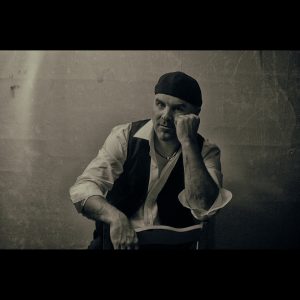 Six days is but a blink of an eye.

This marathon is dedicated to my parents who both passed away from cancer.

I’m focused. See you at 10am and beyond.

I’m all geared up!

Why? Beacuse so many people are putting a whole lot of support into creating an amazing thing happen. As I’ve mentioned before, Great Canadian Casinos thru River Rock Casino has committed to making this event really come to light. They are so inspired by what is happening that they’ve confirmed $1000 / day, via corporate donation, for every day I complete the Guiness Book Of Records Marathon.

And, they wanted a little context, so here it is:

Thanks to everyone at GCC for supporting this task!