So, the latest YouTube Rulemakers have decided that the very few fortunate ones that have a dedicated viewership or constant repeat shoppers, get to keep their monetization rights. In other words, if you are getting a certain number of subscribers and views, then you can make money. That being what it is, I am an artist that isn’t as popular or as funded as one of “the big ones”, so I automatically lose that right and priveledge.

And, so we are all clear, here is a wiki section that definines Video monetization:

“In some industry sectors such as high technology and marketing, monetization is a buzzword for adapting non-revenue-generating assets to generate revenue. Web sites and mobile apps that do generate revenue are often monetized via advertisements, subscription fees or (in the case of mobile) in-app purchases. In the music industry, monetization happens when a recording artist puts a video on the Internet and the platform where it appears shows advertisements before, during, or after the video. For each public viewing, the advertising revenue is shared with the artist or others who hold rights to the video content.[5] A previously free product may have premium options added thus becoming freemium.”

There’s a decent write-up in Futurism which continues explaining details. 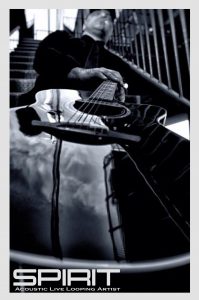 OK, all the details were made clear in the small print when we signed up – the fact that changes could be made at anytime YouTube sees fit. Truth be told, I never made a penny from my (now over) 100,000 views. I guess my “long term client” context didn’t match up with theirs. And frankly, I’m not concerned about making a few dollars from YouTube, although it would have been nice to have them pay for 1/4 tank of gas, or a pack of guitar strings. What I am concerned about is their context. Some of the reasons, so I am told, for eliminating monetization from smaller channels is to weed out the spammers and such. Also, I believe it’s to bring a higher quality of viewship to the advertiser who is paying for the monetization. Imagine if their context was “Hey, there’s a group of 20 of us that really like this one video…”, but for making money and staying in business, that would take way too much effort and time. So, I get it. There’s just too much material, and they need to save time. Some artists will be left out in the cold.

Interesting. I’ve spent about $200 / year per video in advertising costs to spread the word. I consider this inexpensive and part of the territory I’m engaged in. Further to this, after recording and pressing CD’s (yes I still do that because people like hard copies to take home with them), I spend about $200 per song with various music platforms like iTunes, CDBaby, Spotify, Jango, etc. My return is obviously much larger with these…but as far as my specific vedios go, I  not the “monitization artist”, although some are, and they thrive on the monetized vids. I have two, and will release another two which will sit nicely along side my second album. 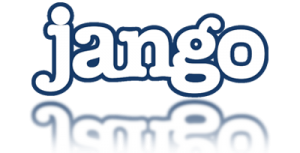 I could go on, but to cut through to the meat and potatoes of this conversation, I’d really like to thank all the viewers that sat by and watched some of the silly commercials before my videos started. And some of us know that you pressed the SKIP AD button to get to your source. This Artist appreciates your time….and my channel isn’t going anywhere…for now. Now that’s something I’ve never heard personally from YouTube…VEVO! How are you?