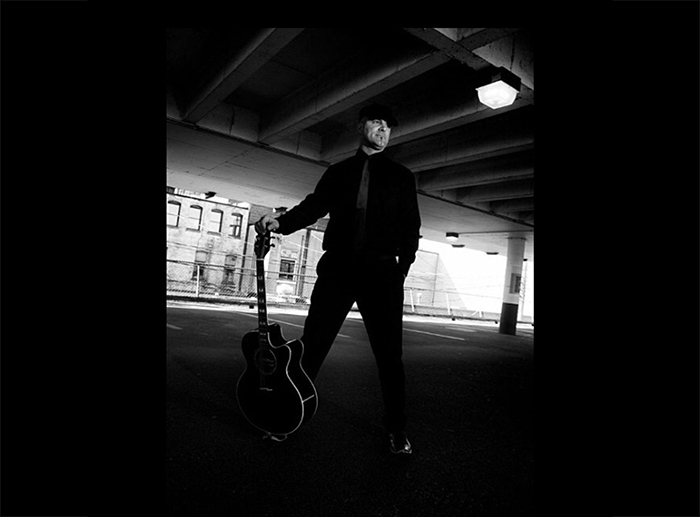 As an Acoustic Live-Looping Artist, Spirit creates music like a painter generates a painting. A painter adds to the canvas with every stroke of the brush, and within time, a masterpiece is created.
Spirit achieves the same results by using his guitar and voice to create layers upon layers, with your ears being the canvas.
Years of live-sound performing experience, and extensive touring, Spirit is a seasoned artist who provides unique entertainment at every occasion.
More than just an acoustic guitar player / singer, Spirit is also proficient with Percussion, Bass, Lead Guitar, and Rhythm Guitar. The sounds you hear at a performance are created organically through his acoustic guitar. All Spirit’s performances are live, using no pre-recorded tracks or synthesized sounds.

Expanding his career, Spirit has released his first critically acclaimed album “All The Pieces” c2013 iTunes and CDBaby, toured Canada twice in 2014, and has recently released 2 videos demonstrating his “Acoustic Live Looping Performance” technique, which by 2015, have gained over 100,000 YouTube views.
Watch here:
—-} Soul For Sale: https://m.youtube.com/watch?v=HkaNDxQt7O8
—-} Come To Think Of It: https://m.youtube.com/watch?v=wGZ-jQ90aC8﻿

Since placing Top 20 in the Vancouver area for CBC Searchlight 2013 with his song “Come To Think Of It”, he has warmed up for “54-40”, Platinum Blonde, and twice for Juno award winners “Chilliwack”. He has been a part of the Hard Rock Casino Vancouver by performing at the grand opening in 2013, and returning for the Hard Rock One Year Anniversary in January 2014, with Bif Naked and Everlast.

Spirit’s first album “All The Pieces” was released in July 2013, and is available through iTunes or CD Baby. The release for “Hands” is scheduled for May 2016.
iTunes:
https://itunes.apple.com/ca/artist/spirit-cool/id560553469﻿﻿
CD Baby:
http://www.cdbaby.com/Artist/SpiritCool12
﻿
www.spiritcool.com
Performance Inquiry details: info@spiritcool.com